Bjorn Faulkner has swindled millions of dollars of money from investors by investing cash he didn't have to control the gold trade. In the wake of a crash, he is facing bankruptcy despite the injection of money by Mr. John Graham Whitfield, a prominent banker whose daughter, Nancy Lee Faulkner, married Faulkner shortly after the loan. On the night of January 16th, in New York, Karen Andre, Bjorn's mistress of 10 years, and Faulkner are in the penthouse at the top of the Faulkner building from which he falls to his death in what may have been a suicide. Karen Andre is placed on trial for the murder of Bjorn Faulkner. She is being prosecuted by Mr. Flint and defended by Mr. Stevens. Within the three acts of the play, the two lawyers call upon a number of witnesses, including a private investigator, the coroner, and a notorious gangster, whose testimony builds a contradictory story. 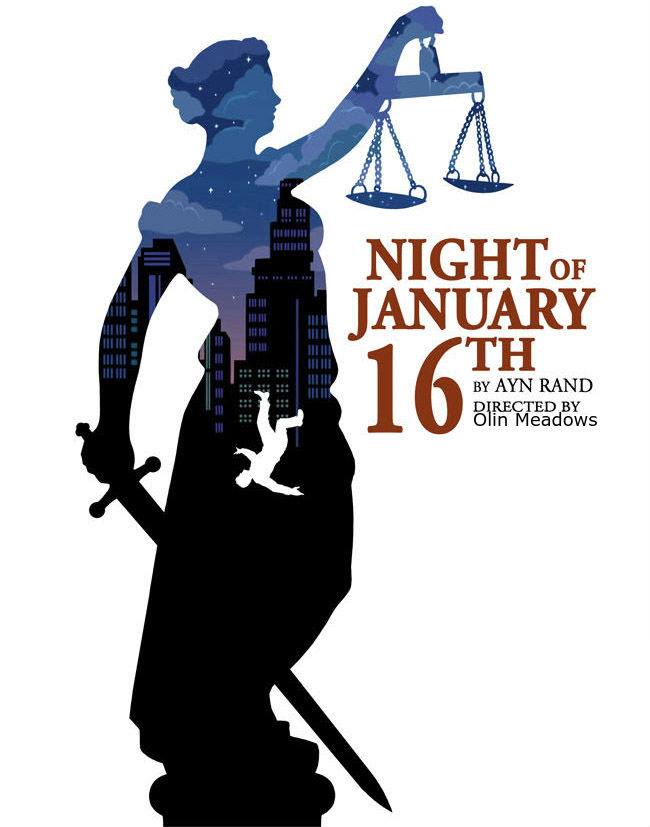